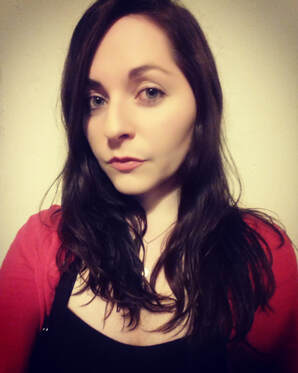 Kerrie O' Brien's poetry has featured in Cyphers, The Stinging Fly, The Irish Times, RTE Arena, Sunday Miscellany, The RTE Bookshow, The Irish Examiner and Southword among others. She holds a BA in History of Art and Classics from Trinity College Dublin.

Her debut collection of poetry Illuminate was published by Salmon Poetry in October 2016 and was made possible by a Literature Bursary from the Arts Council of Ireland. It was chosen as New Statesman and Irish Independent Books of the Year 2016 by Sebastian Barry, an Irish Times Book of the Year by Joseph O' Connor, a Newstalk FM Book of the Year by Vanessa O' Loughlin and was recently reviewed in the Irish Times by Emmanuel Touhey. Full review here.

'Dublin' by Kerrie O' Brien was the first poem from Dublin: A Year in Words by Dublin UNESCO City of Literature. Over the course of a year they will release a new poem each month that is connected with Dublin. The project was curated by Linda Devlin and Stephen James Smith. 'Dublin' was filmed by Design for Life in Books Upstairs Book Shop. This poem now features on the 2017/2018 Junior Certificate Syllabus.

In January 2016 Kerrie was shortlisted for the Penny Dreadful Novella Prize and in 2016 received an Emerging Artist Bursary from Dun Laoghaire County Council to assist the development of her first novel.

In 2017 she was awarded a language residency from the Centre Culturel Irlandais in Paris and an Arts Council of Ireland Travel and Training Award to support this. She also received a Culture Ireland grant in 2017 to read at Shakespeare & Company Bookshop, Paris and a literature bursary from Dublin City Council towards her second collection of poetry.

Kerrie has worked as the Event Coordinator for the Irish Writers' Centre and a Senior Bookseller for Hodges Figgis and Dubray Books. Read her article on the Importance of Bookshops in the Irish Times. She was also the editor of Looking At The Stars, a limited edition anthology of Irish writing which raised over €21,000 for the Dublin Simon Community in 2016.

She has given talks on creativity and literary activism in UCD, The University of York St. John, Dublin Castle as part of Cruinniu na Casca 2017 and lectured on the connection between art and poetry in the National Gallery of Ireland. In 2017 she spoke on the strategic uses of social media in the arts as part of a Culture Ireland Panel at Facebook HQ Dublin. She was one of the judges of the Dublin Fringe Festival 2016 and was a creative mentor for the International Literature Festival Dublin 2017.

In May 2018 she was commissioned to take three portraits for the Local Heroes Project for Dublin Culture Connects in association with Dublin City Council.

​In 2021 she was a Dublin 1 Coordinator for Poetry Town, a national poetry festival run by Poetry Ireland. Her poem Bud will appear in Tomorrow Is Beautiful, a poetry anthology edited by Sarah Crossan and published by Bloomsbury.